This interview is brought to you by the fellows of the Heartfulness Fellowship. It is the third instalment of our interview series, called, Pearls of Wisdom, where we document the experiences, memories and journeys of meditation of the residents of Param Dham ashram. Many of these people have had spiritual journeys spanning decades. They are seasoned travellers on the path and have experienced the twists and turns and highs and lows of their quest. We hope, by sharing their stories, we may also learn from their wisdom.

When, why and how did you first begin meditation?

I started in 1984. Brother Durai initiated me. He was my husband’s batchmate and he used to invite us to his house. We used to go and chat with Master Chariji, not as a Master, but as a friend. And I think I found that very appealing. He used to talk to us about Sahaj Marg.

My husband’s family is a big family and immediately after our marriage, his father passed away. There was a lot of family responsibility on us. Somehow, Chariji came to know about it. One day, when we met Chariji in the Bhanashankari ashram, he gave us a sitting and he told me that I had taken a lot of responsibility on me at a young age, and done things that usually, people are expected to attend to in later life. He said, “I think it is high time that you divert your attention towards spirituality completely.” I was feeling a lot of tension and stress at that time. When he said that, I thought, it would be nice to do that because of the effects of meditation. Now, everyone knows about them; the feeling of peace and calm. I took the meditation very seriously, which gave me a good result.

How have you found your journey in Heartfulness to date?

We have not been associated with Heartfulness. Now, only recently, it has become that. We were all initiated into Sahaj Marg, with regular meditation and sittings as such.

How have you seen the evolution of Sahaj Marg to Heartfulness?

We know that you were Head of Catering for some time in CREST and were attending directly to Chariji and his food. Do you have any stories that you would like to share about the Masters?

I should tell you this story. Master said that Babuji had nominated my husband, Jagannathan, as the director of CREST. When Master asked him, we said yes. My husband then underwent a bypass surgery on his heart. When he had the cardiac arrest, the doctors told me that he would not survive. This message had reached Chariji, who was sitting in Satkhol. I initially did not want to tell Master, but I was asked to tell him by other abhyasis. I was scared because I thought, suppose I tell Master and everything turns out fine, then that is ok. But suppose I tell him and it turns the other way, then I will lose my entire faith in the Master, which I don’t want to do. I said, let it take its own course. But Chariji called and he said, “Mrs Jagannathan, don’t worry. It is a second birth for him and he will be alright. You need to be brave. Go and tell him this.” Then, Jagannathan turned the corner and recovered and everything was alright. The reason I am sitting today talking to you, is because of this moment. I cannot forget it. Chariji would say that the spiritual part of it, he will take care of, but the character formation and other things, we have to take care of it ourselves.

Regarding my work in CREST, when he officially put me in charge of the kitchen in CREST, there would be between 150-200 people to cater to for lunch on a daily basis. Since Master was there, many people would join for lunch all of a sudden. On Saturday nights, I used to take the abhyasis on a tour of Master’s Cottage and I used to give them a talk about my experiences.

More than looking upon him as a Master, I would like to talk about him as an great human being, and the way he conducted himself.

Punctuality was very important to him. There was a big bell to signal the meal timings. He used to arrive at the dining hall in advance, but only when the main bell would toll for lunchtime and dinner time, would he have his food.

He was very much concerned about the abhyasis. He would attend the morning seminars. They would commence usually at 9am, but invariably he would arrive at the lecture hall 15 minutes earlier and he would stay until everything was completed.

It was almost like our home (in CREST). We very much enjoyed it there.

Is there any book from the Mission that you find yourself returning to?

We used to have morning lectures in CREST. I used to take the classes and I was given the 10 Maxims and the Complete Works of Ram Chandra to discuss. I’ve prepared these in great detail for my class. I had to go through each maxim individually and discuss it.

Is there any maxim which particularly appeals to you?

Simple living. When this ashram was inaugurated, Chariji came and he was visiting all the rooms. He came here and most of the rooms were well furnished and had a fridge and other things. He came to our room and it must have been a pathetic sight for him to see! We had only two mats and two bags with our clothes. There was nothing here, not even a single chair. For the other rooms, he made some comments but when he came to ours, there was nothing! He finally  said, “Jagannathan, this is the way we should be living! Very simple.”

Is there any particular quote that you like from the Masters?

Chariji, “Change is the only permanent thing.”

Do you have any tips for meditators, those who are starting out?

We ourselves were initially very hesitant to join because we come from a very conservative, traditional family. We were reluctant to give up our rituals and all these things.

Every seeker should take it up and feel the effect. They should try to change themselves and leave the other things aside. Certainly, it will have an effect. We have been telling this to everyone, but it should come from them. It should come from within.

Has there ever been a time where you stopped the practise altogether?

Never, not even for a single day. There has been many times where we could have missed it, we had so many other things to attend to. But we always do meditation in the morning and the regular routine. I get up at 4am or 4.15am. From 4.30am-5.30am I sit and do my meditation, even if we have to go out and do other things. My husband was in the police and sometimes, he would have to leave early in the morning, but even then he would do the meditation.

How is it spending time in the ashram?

This is my home. Whatever comforts we have in our house in the city, I still feel like this is my home. I feel very happy here. Only recently, we were not able to come here, because of my husband’s illness. But it is a good retreat for us.

Last October, Jagannathan, my husband, lost his vision. Daaji suggested to come to Kanha and be treated by a doctor there. He said, through treatment, he may regain his vision. Jagannathan has been diabetic for the past 35 years and had a small injury in his toe. The infection became acute and he had to be hospitalized. He had to.undergo a surgery. We had to face a great ordeal. It was because of Daaji that I was able to overcome it. Every minute, I could feel Daaji’s grace and blessings. I went and told Daaji that everything had gone well and he said, “Good thing, sister, that it happened here.” During his first surgery, it is Chariji who gave him life. It was Daaji who gave him the second life. Wholeheartedly, I could feel that. We are very grateful. 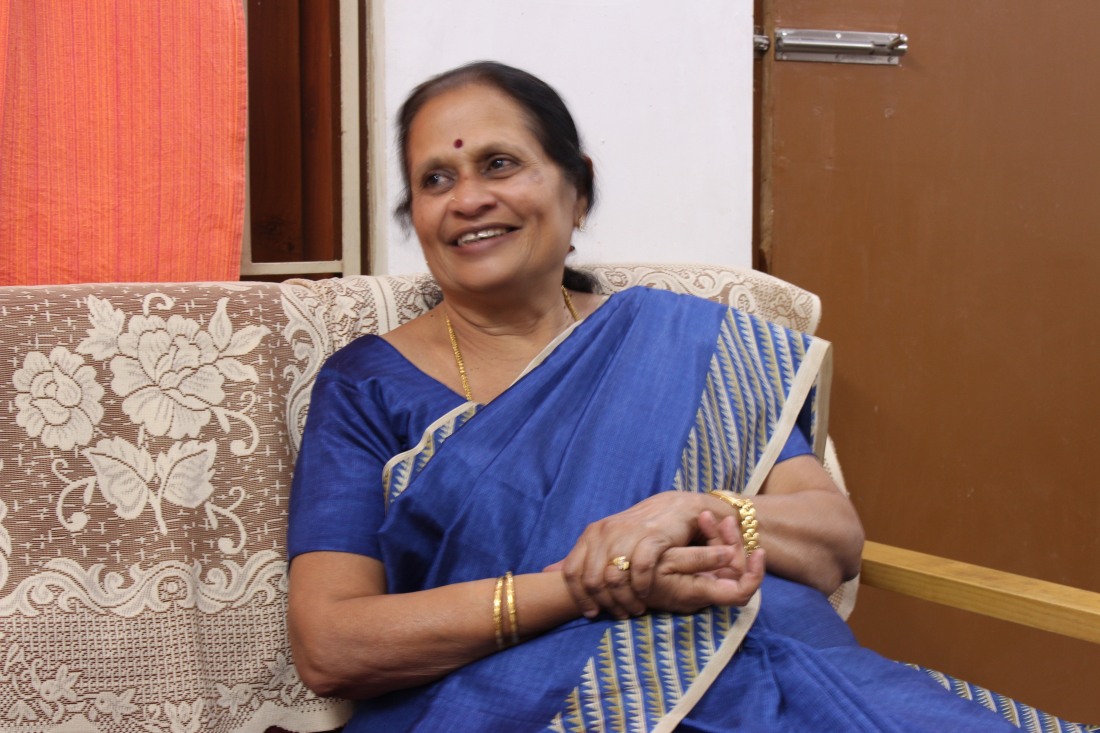 Kay O' Neill hails from Ireland. She likes words, meditation, and endless cups of chai. She currently works as a Communications Project Officer at the London school of Economics. Follow her journey on Instagram @specialkaydelivery View all posts by specialkaydelivery